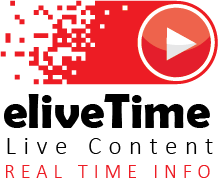 Ready For The Next Big Thing In Real Time Information & Live Content?

Our New CEO Predicts The Future Of Digital Media Minute 4:15

We operate in segments where usage & spending is increasing

Myspace.com was launched in August 2003, its swift ascent was made possible by its 100% owned parent company, eUniverse, Inc. of which Brad was Chairman/CEO and started in 1999, becoming cash flow positive + 9th largest U.S. internet audience with more users then Google & eBay by October 2001 (per Comscore + Nielsen).

general inquiries:or if you are interested in learning more about the current investment opportunity please contact us at elivetime@nym.hush.com